Autonomous drones, self-driving cars, robots that perform surgeries, hardware for artificial intelligence. An electronic revolution is on the rise. The next generation of electronic technology will use advanced semiconductors, transistors, integrated circuits, and nanoelectronics, as well as more powerful processors. Better and faster performance of our current electronic devices – as well as developing next generation devices – while delivering them at a lower cost, using less power and making them smaller in size and denser, is the future of electrical engineering.

The Department of Electrical Engineering at the University of Notre Dame (NDEE) is leading the charge, researching and engineering the building blocks that will shape the future of the industry. The foundational multi-disciplinary Applications and Systems-driven Center for Energy-Efficient integrated Nano Technologies (ASCENT) has now been in operation for a year.  ASCENT is one of only six research centers funded by the Semiconductor Research Corporation’s (SRC) Joint University Microelectronics Program (JUMP), which represents a consortium of industrial participants and the Defense Advanced Research Projects Agency (DARPA). At the state level, the Indiana Economic Development Corporation has provided funding for strategic equipment to support execution of the program’s deliverables. ASCENT is led by Stinson Professor of Nanotechnology, Suman Datta. 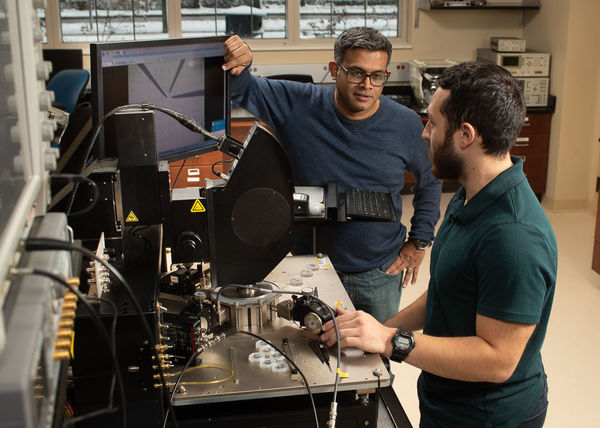 In addition to establishing the center this past year, the NDEE ASCENT team also secured additional funding. The combination of this significant contribution, in addition to the center’s initial funding, marks the largest single award NDEE and the College of Engineering at the University of Notre Dame have ever been conferred for research efforts. The additional funding will allow ACSENT to achieve two things. One: expand research to address thermal issues affecting high-performance electronic systems. We are living in an era when this is a rapidly rising concern; there is an immediate need for innovative cooling strategies for electronics as users are demanding increased performance from their devices. Second: development of high quality, electronics grade, materials with novel functionalities using atomic layer deposition techniques. Datta commented on the impact these additional funds will make on the research goals of ASCENT, “The mission of the center is to build on the foundation of interdisciplinary collaboration, taking the discoveries of science and engineering them into functional complex systems with multiple layers of hierarchy for real-world impact. This additional funding will greatly support that broader mission. I am thrilled to receive such a strong level of support from SRC and DARPA, which will greatly enhance our research portfolio.” 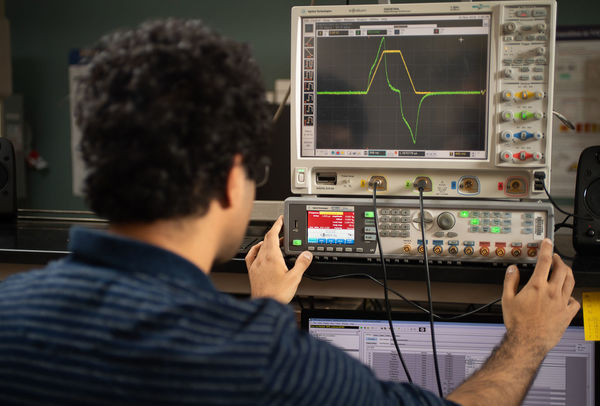 Tom Fuja, Dean of the College of Engineering emphasized, “The ASCENT award is yet another example of Notre Dame’s leadership in semiconductor research.  For more than ten years, the SRC and its partnering federal agencies have looked to NDEE to lead large-scale, multi-university initiatives to shape the future of information technology. The faith that the semiconductor industry is placing in professor Datta and his colleagues is testimony to not only their vision but also a decade of technological leadership.”

More information about ASCENT and progress the center is making, can be found at: www.ascent.nd.edu