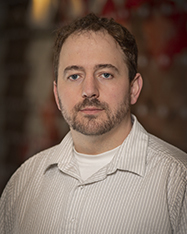 Matthew Webber, assistant professor of chemical and biomolecular engineering at the University of Notre Dame, has been named a recipient of the 2019 3M Non-tenured Faculty Award. Presented annually by 3M’s Research and Development Community in partnership with 3Mgives, the award recognizes outstanding young faculty who excel in research, experience and academic leadership.

The award also provides financial support of $15,000 per year for up to three years and includes an invitation to 3M’s Science & Engineering Faculty Day in June, where recipients will have the opportunity to interact with their peers from other universities and 3M researchers.

A faculty member since 2016, Webber’s research focuses on supramolecular biomaterials, “smart” drug delivery and diagnostics, bio-inspired materials and supramolecular chemistry in order to develop new healthcare strategies and devices for improved therapeutics, including the tailoring of materials with predictable and tunable properties.

In addition to his responsibilities in chemical and biomolecular engineering, Webber holds appointments in the Department of Chemistry and Biochemistry, Mike and Josie Harper Cancer Research Institute, Advanced Diagnostics and Therapeutics at Notre Dame, Warren Family Research Center for Drug Discovery and Development and the University’s Center for Nano Science and Technology.

Webber was honored with the American Diabetes Association’s Accelerator Award earlier this year. In 2017, he was named “One of 35 Under 35” by the American Institute of Chemical Engineers and was also selected as one of the Emerging Investigators by Biomaterials Science. He received the National Institutes of Health (NIH) Ruth L. Kirschstein National Research Service Award in 2013, the Dudley Childress Award in 2012 from Northwestern University and the Acta Biomaterialia Student Award in 2011.

Originally published by Nina Welding at conductorshare.nd.edu on April 22, 2019.