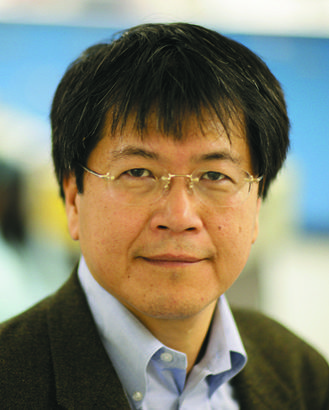 Hsueh-Chia Chang, the Bayer Professor of Chemical and Biomolecular Engineering at the University of Notre Dame, has been selected to receive the AES Lifetime Achievement Award. Bestowed annually by the AES Electrophoresis Society, the award honors an individual for exceptional career contributions to the fields of electrophoresis, electrokinetics and related areas. A plaque and certificate of lifetime membership will be presented to Chang at the AES Annual Meeting in October in Palm Springs, Calif.

A leading researcher in micro/nanoflidics, particularly in the area of nano-electrokinetics, Chang is well known for his creative contributions across several disciplines, including reaction engineering, control, fluid mechanics, soft materials and biosensing. He has been able to integrate his broad knowledge into commercialization-ready molecular diagnostic technologies. To date, three start-ups have licensed his technologies. Two of them are based in South Bend: Cubed Laboratories at Studebaker Industrial Park and AgenDX Biosciences, Inc., at Notre Dame Innovation Park.

Chang, a faculty member at the University of Notre Dame since 1987, serves as director for the University’s Center for Microfluidics and Medical Diagnostics. During his tenure at the Notre Dame, he has mentored approximately 60 doctoral candidates and postdoctoral scholars, many of whom have gone on to successful academic careers of their own. They include a university president, several deans and endowed faculty members at top research universities around the world, such as Imperial College, Technion, Duke, Texas A&M, Royal Melbourne, Florida, Rutgers, Michigan Tech, Mississippi State, Tennessee and Utah.

He is a fellow of the American Physical Society (APS) and has received many awards over the years, including the APS Francois Frenkiel Award for Fluid Mechanics, the Presidential Young Investigator Award from the National Science Foundation and a Distinguished Visiting Fellow Award from the Royal Society of Engineering in the United Kingdom. He has also won the 1st Source Commercialization Award and the Sigma Xi Outstanding Research Award at Notre Dame.

Chang is the author of “Electrokinetically Driven Microfluidics and Nanofluidics,” which was published by Cambridge University. He has delivered four named lectures at Delaware, Colorado, Johns Hopkins and Boston, 10 plenary lectures and more than 25 keynote lectures. He has also authored more than 270 journal publications in top fluid physics, microfluidics journals and biosensing journals.

In addition, Chang has served in an editorial capacity on a number of journal publications, including the SIAM Journal of Applied Mathematics and Membrane. In fact, he recently stepped down after 12 years of service as the founding and chief editor of Biomicrofluidics, now the highest ranked original journal in the ISI Fluids & Plasma Physics category.

Originally published by Nina Welding at conductorshare.nd.edu on March 11, 2019.