An overview of non-volatile, Ferroelectric Random-Access Memory (FRAM) technology and applications will be presented. Unlike conventional floating-gate based non-volatile memories, FRAM takes advantage of the electric dipole present within the ferroelectric material PbZrTiO3 to store information. With write speeds 100x faster than flash memory and nearly-infinite write endurance, FRAM has applications both as a standalone memory and as an embedded memory when combined with a microcontroller. Since achieving FRAM production in 2007, Texas Instruments (TI) and its partners have qualified and released hundreds of products with applications ranging from ultra-low power medical devices to automotive event data recorders. 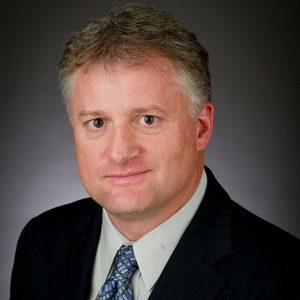 Ted Moise earned a B.S. degree in physics and engineering from Trinity College and a Ph.D. degree in electrical engineering from Yale University, where he was awarded the Harding Bliss Prize for Excellence in Engineering and Applied Science. Ted joined TI in 1992 where he was responsible for the development of high-performance, quantum-effect devices and circuits. In 1997, he started work on the development of scaled ferroelectric capacitors leading to the industry’s first production of low-voltage, high-density, embedded ferroelectric random-access memory.

Ted is an emeritus distinguished member of TI’s technical staff and is currently the Product Engineering and Memory Roadmap manager within TI’s Analog Technology Development organization. Ted has authored or co-authored over 80 papers, served as conference and session chair for several international technical conferences, presented numerous invited lectures, and holds 51 issued patents. Ted’s work was honored with the 2012 Edith and Peter O’Donnell Innovation Award from The Academy of Medicine, Engineering & Science of Texas (TAMEST), and he was elected an IEEE fellow in 2019.