This talk will focus on the properties of nanocrystalline metal films and wires. Scanning tunneling microscopy is used to visualize for the first time the 3D structure of grain boundaries (GBs) that emerge at the surface of nearly coplanar copper nanocrystalline (111) films. Remarkably, we find that GBs are always found at valley and ridge locations, making a flat film impossible. The origin of this behavior is a previously unknown phenomenon that involves the rotation of the dislocation line, which minimizes the GB energy, with significant implication for materials properties (Science 357, 397-400 (2017)). The second part of the talk explores memristance in nanowire devices and networks, and potential memory and neuromorphic applications. We describe how connectivity within networks emerges from the properties of individual wires and the scaling laws that connect them. We describe a self-similar scaling between individual junctions and networks of junction and how certain junction properties lead to conductance plateaus in networks and the emergence of a so-called winner takes all (WTA) path (Nature Comm., 9, 3219 (2018)). WTA paths have the lowest possible energy of formation and enable the memory associated with the network to be encoded in a single connectivity path. 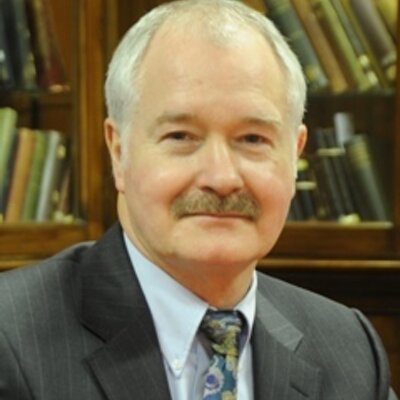 Professor John Boland received a BSc degree in chemistry from University College Dublin and a PhD in chemical physics from the California Institute of Technology, where he was an IBM graduate fellow and recipient of the Newby-McKoy graduate research award. From 1984 to 1994, Professor Boland was a member of the research staff at the IBM T.J. Watson Research Center (New York). In 1994 he joined the chemistry faculty at the University of North Carolina at Chapel Hill, where he was appointed the J.J. Hermans Chair Professor of Chemistry and Applied and Materials Science. In 2002 Professor Boland moved to the School of Chemistry at Trinity College Dublin as a Science Foundation Ireland Principal Investigator and Professor of Chemistry. In June 2005 he was appointed Director of the Centre for Research on Adaptive Nanostructures and Nanodevices (CRANN) until July 2013. He also served as TCD Vice President and Dean of Research (2015-2017). Professor Boland became an elected Fellow of Trinity College Dublin in 2008, a fellow of the American Vacuum Society (AVS) in 2009 and a fellow of the American Association for the Advancement of Science (AAAS) in 2010. He was the 2011 laureate of the ACSIN prize for nanoscience. He is the recipient of an Outstanding Researcher Awards from IBM (1992) and Intel (2017). He is the recipient of a prestigious European Research Council Advanced Grant. Prof. Boland’s research interests are focused on the novel properties of nanoscale materials and their potential in device and sensor applications.

Professor Boland is also a member of the Naughton Fellowship Committee at the University of Notre Dame.