This inaugural one-day symposium will bring together leading experts in neuroscience and nanotechnology to share cutting-edge information and enhance research collaborations between students and faculty from ORAU-affiliated institutions.  The event includes an afternoon Student Symposium to showcase work by undergraduate and graduate students, with awards for best posters.

Students are welcome to register for any part of the day’s events.

From 4:00 – 6:00 pm at the March 30 event, undergraduate and graduate students can showcase their related research in the Student Symposium.  Those wishing to participate should register below by March 13, complete the information requested for your poster, and then work to prepare two items:

The Student Symposium is open to undergraduate and graduate students conducting research in engineering, biochemistry, psychology, neuroscience, neurodegenerative diseases, nanobio and related fields.  Awards for the best posters will be announced at 5:45 pm.

The morning and afternoon technical sessions and panel discussion will be available via interactive webinar. 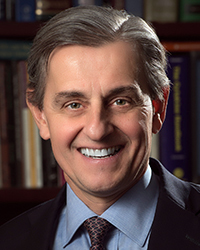 Kevin J. Tracey, M.D., is president and CEO of the Feinstein Institute for Medical Research; executive vice president, research, at Northwell Health; and professor of molecular medicine and neurosurgery and associate dean, research, at Hofstra Northwell School of Medicine. Dr. Tracey joined Northwell Health (then “North Shore-LIJ”) in 1992, and oversaw the development of the General Clinical Research Center (GCRC), receiving designation from the National Institutes of Health (NIH) as the first GCRC approved independent from a medical school. Promoted to president and CEO of the newly founded Feinstein Institute in 2005, Dr. Tracey directed the expansion of this non-profit 501c3 corporation from a startup to a fully operating, world-renown institution comprised of 45 laboratories staffed by 750 people.

In 2010 Dr. Tracey was appointed professor of molecular medicine and neurosurgery, and associate dean for research in the newly founded Hofstra-North Shore-LIJ School of Medicine. He oversaw the integration of the diverse basic and clinical research operations of the Health System, including 1,250 clinical protocols that enroll more than 18,000 subjects annually, and the 50 laboratories of the Feinstein Institute into the newly developed curriculum for medical education. He is president of the Elmezzi Graduate School of Molecular Medicine, an independently chartered Ph.D. training program in the University of the State of New York. Together with the M.D.-Ph.D. and Ph.D. programs of the Hofstra-North Shore-LIJ Medical School, these programs train nearly 50 students annually.

A global leader in the study of the molecular basis of inflammation, Dr. Tracey has pioneered breakthrough discoveries for 30 years. These contributions include identification of the therapeutic potential for monoclonal antibodies against TNF, which enabled development of a new class of biological therapies currently marketed at more than $30 billion annually. His lab discovered the neural mechanism for controlling the immunological responses to infection and injury, and developed devices to replace anti-inflammatory drugs in successful clinical trials of rheumatoid arthritis. This established him as a global leader in the new field of “bioelectronic medicine.” His lab also discovered the molecular basis for inflammation occurring in the absence of infection by identifying HMGB1, an abundant component in cells, as a therapeutic target at the intersection of sterile and infective inflammation.

He is also cofounder of, and Councilor of, the Global Sepsis Alliance, a non-profit organization supporting the efforts of more than one million caregivers in more than 70 countries to understand and combat sepsis, a leading cause of death worldwide. He serves as a member of the Board of Directors of the New York Genome Center, a consortium of renowned academic, medical and industry leaders focused on translating genomic research into clinical solutions.

He has been elected or inducted into the Society of University Surgeons (1995), American Society of Clinical Investigation (2001), the American Association of Physicians (2009), the Long Island Technology Hall of Fame (2012), Alpha Omega Alpha (2014), and as Fellow in the American Association for the Advancement of Science (2014). Dr. Tracey is editor-in-chief of Bioelectronic Medicine, advisory editor of The Journal of Experimental Medicine, and editor emeritus of Molecular Medicine. Dr. Tracey delivers lectures nationally and internationally on inflammation, sepsis, the neuroscience of immunity, and bioelectronic medicine. The author of Fatal Sequence (Dana Press, 2006), his scientific publications include more than 365 papers (h-index = 126 per Google Scholar). 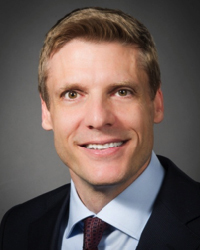 Chad Bouton is the vice president of advanced engineering and the director of the Center for Bioelectronic Medicine at the Feinstein Institute for Medical Research, the research arm of the Northwell Health System in New York. Prof. Bouton formerly served as research leader at Battelle Memorial Institute—the world’s largest independent research and development organization—where he spent 19 years researching and developing biomedical technology. At the Feinstein Institute, he will continue his groundbreaking research in neurotechnology to treat paralysis and help develop new capabilities and technologies to accelerate the field of bioelectronic medicine. In the late 1990s, Prof. Bouton developed cancer detection methods to help surgeons pinpoint and remove tumors more rapidly and effectively. Subsequently, he pioneered neural bypass technology that allowed a paralyzed person, for the first time, to regain movement through the use of a brain implant.

Prof. Bouton’s work has been featured on 60 Minutes and covered extensively in the media. He holds over 70 patents worldwide. He has been awarded two R&D 100 Awards and was recognized by the U.S. Congress for his work in the medical device field. He has been named Inventor of the Year and Distinguished Inventor by Battelle, and was selected by the National Academy of Engineering in 2011 to attend the Frontiers in Engineering Symposium. 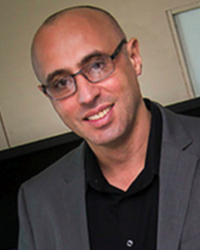 Sakhrat Khizroev, a professor with a joint appointment in the College of Engineering and the College of Medicine at Florida International University, is an inventor with an expertise in nanomagnetic/spintronic devices. His group’s current research focus is at the intersection of nanotechnology and medicine. His research team works hand-in-hand with leading medical researchers and clinicians to advance the state of the art in areas of oncology, HIV/AIDs, neurodegenerative diseases, ophthalmology, and others.

Prior to re-joining FIU in 2011 to lead the university-wide multi-disciplinary research effort in personalized nanomedicine, Khizroev was a tenured faculty (Professor from 2009-2011 and Associate Professor from 2006-2008) in the Department of Electrical Engineering of the University of California, Riverside. From 2003-2005, he was associate professor of electrical engineering at FIU, where he was tenured in 2005. Prior to his academic career, Khizroev spent almost four years as a research staff member with Seagate Research (1999-2003) and one year as a doctoral intern with IBM Almaden Research Center (1997-1998).

For his pioneering contribution to the development of perpendicular magnetic recording (PMR), the current main technology in the multi-billion-dollar data storage industry, and other discoveries in the broad area of spin-based nanodevices, Khizroev was named a Fellow of National Academy of Inventors (2012). He holds over 30 granted U.S. patents plus many international patents. He has authored over 120 peer-reviewed papers. He has acted as a guest science and technology commentator on television and radio programs across the globe. He has served as an editor for IEEE Transactions on Nanotechnology, Nanotechnology, and IEEE Transactions on Magnetics. Khizroev received B.S/M.S. degrees in physics from Moscow Institute of Physics and Technology in 1992/1994, a M.S. degree in physics from the University of Miami in 1994, and a Ph.D. degree in electrical and computer engineering from Carnegie Mellon University in 1999. 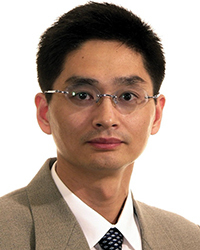 Xiaoming Jin is an associate professor in the Department of Anatomy and Cell Biology at Indiana University School of Medicine. He received his undergraduate training and M.S. degree from the Zhejiang University of Chinese Medicine, and his Ph.D. degree in anatomy and neurobiology from West Virginia University in 2002. He then finished postdoctoral training in David Prince’s lab at Stanford University in 2008, with a focus on the neurophysiological mechanism of post traumatic epilepsy. Research interests in his lab include understanding cortical plasticity and reorganization in traumatic brain injury, post traumatic epilepsy, and neuropathic pain, and developing novel treatments and prevention for these diseases. A major direction they have been focusing on is to test the role of homeostatic activity regulation in the mechanism and treatment of post traumatic epilepsy and neuropathic pain. Based on this hypothesis, they found that enhancing cortical activity is effective in controlling neuropathic pain or preventing post traumatic epilepsy. Thus, non-invasive brain stimulating using magneto-electric nanoparticles may have great potential in treating these neurological disorders. 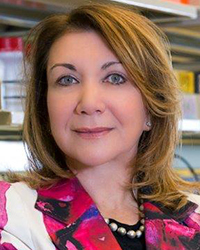 As a neuroscientist, lecturer and inventor, Deborah Mash has dedicated more than 25 years of her research career to unlocking the secrets of the human brain. She is nationally recognized as a leading researcher in neuroscience and brain disorders, playing a pivital role in more than 200 published studies investigating aging, neurodegenerative, and neuropsychiatric diseases.

As founder and director of the University of Miami Brain Endowment Bank, Dr. Mash won a national award from the Alzheimer’s Disease Association for promoting the importance of brain donation to accelerate discovery science. She recently received a major contract from the National Institutes of Health to join the Brain Endowment Bank in a multisite effort to increase brain tissue donations to support scientific and medical research.

Dr. Mash is widely known for her groundbreaking work on the neurobiology of addiction and is a world-renown expert on the hallucinogenic drug ibogaine. She works with a team of neuroscientists, pharmacologists, forensic toxicologists, and clinical researchers to bring basic discoveries from her laboratory bench to the patient’s bedside.

Her research focuses on the major diseases of this era: the aging brain, degenerative diseases, and drug and alcohol dependence. Her studies have been published in hundreds of research papers and monographs, and she has presented at national and international conferences. Dr. Mash holds 12 patents, pending and awarded.

Dr. Mash is a member of the Society for Neuroscience, the College on the Problems of Drug Dependence, the Research Society on Alcoholism, the American Academy of Neurology, the American Society for Pharmacology and Experimental Therapeutics (ASPET), and the International Society of Brain Research.