The talk will introduce a new class of technology that can be realized by using insect communication as a blueprint and by combining the latest advances of expertise in the fields of microelectronics, pheromone biochemistry, materials science and neuroscience. The technological aspects of implementing a microsystem capable of producing, emitting, detecting biosynthetic compounds as well as decoding ratiometrically encoded information will be described. Further applications of the technology such as molecular agent detection using a biological layer, liquid phase chemical detection, and mobile robot control using chemicals will be discussed. 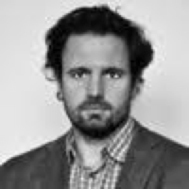 Dr Rácz graduated from the Technical University of Budapest (Hungary) with Dipl. Eng. in Electrical Engineering. He received hisM.Sc.EE. and Ph.D. from the University of Notre Dame (Indiana, United States). His research focused on the fabrication methods and material science of metallic electromechanical and electronic nanostructures under the direction of Prof. Alan Seabaugh. As a post-doctoral research fellow, he worked on two interdisciplinary FP7 projects at the University of Warwick (United Kingdom) in the Microsensors and Bioelectronics Laboratory. Within the framework of the Biosynthetic Infochemical Communication (iCHEM) project, he has lead the development and characterization of automated mechanical and electrical microsystems based on surface acoustic wave biosensors and developed advanced methods for data acquisition and analysis to implement a novel class of information technology. Starting in 2011, he has developed test methodology and electro-thermal characterization methods for an innovative CMOS-compatible silicon-on-insulator integrated smart microsensor system capable of multi-measurand detection under harsh environment conditions. Since 2013 he has been a lecturer in Electronics Engineering at the School of Engineering and Computing Sciences at Durham University (United Kingdom) and a visiting research fellow at the University of Warwick. His most current research interests include paper-based electronics, implantable sensors for biomedical applications, and nanomaterials for gas sensing. He has contributed to more than 20 scientific publications.