This event is free but ticketed. Reserve your seats today online at the DeBartolo Performing Arts Center.

The audience is encouraged to join filmmaker Regan Brashear and host / moderator Dr. Kathy Eggleson for the panel discussion* and reception following the 60-minute film. 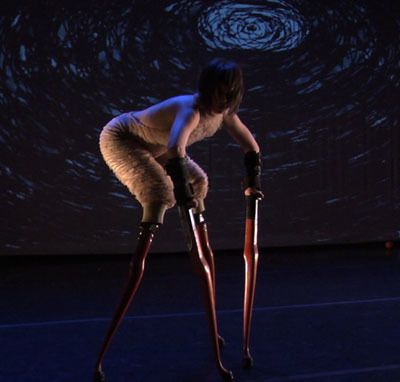 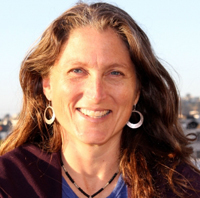 Filmmaker
Award-winnning Producer/Director Regan Brashear will be in attendance at the April 22 event. Originally from Virginia, Brashear has been working on labor, race, youth, LGBT, and disability issues for over twenty years through documentary film, union organizing, teen theater, community forums, and grassroots activism. Now based in Oakland, CA, Brashear is a co-founder of Making Change Media, a non-fiction film production company which produces short and long form social issue films. Previously, Brashear served as a producer and community engagement coordinator at Open Eye Pictures, a production company in Sausalito, CA, doing project development for the place-based, memory-mapping iOS app, Tributopia; community engagement for the Academy Award-shortlisted film, Under Our Skin and as co-producer for The Grove, a film about the National AIDS Memorial Grove. Both films aired across the country on PBS stations in 2011. Brashear has a BA in American Studies (Highest Honors, Phi Beta Kappa) and a MA in Social Documentation (Documentary Film) from the University of California, Santa Cruz. Her interest in disability studies, which eventually led to the making of Fixed, started in 1997, after a car accident which began an ongoing journey with fibromyalgia and chronic pain. She finished editing Fixed as a visiting filmmaker at the Consortium for Science, Policy and Outcomes (CSPO) at Arizona State University.

This event is free but ticketed. Reserve your seats today online at the DeBartolo Performing Arts Center.

* Filmmaker Regan Brashear will join host and moderator Kathy Eggleson for a lively post-film discussion with the following panel members from the Notre Dame community:

Kathy Eggleson is a research scientist with NDnano and leader of the Nano Impacts Intellectual Community. She is the instructor for Technology and Ethics in the ESTEEM entrepreneurial MS program and past Associate Director of the John J. Reilly Center for Science, Technology, and Values.  Her research and teaching combine scientific and ethical analyses of emerging technologies and society, with a particular emphasis on biological dimensions in her published articles.

Oluwaferanmi Okanlami is a student in the ESTEEM program of the College of Engineering and College of Science, partnering with Cleveland Clinic Innovations and Custom Orthopedic Solutions for his capstone thesis project.  He is an M.D. with expertise in orthopedics and personal experience with physical disability.  He is currently a family medicine resident physician at Memorial Hospital of South Bend.

Gerald McKenny is Walter Professor of Theology at the University of Notre Dame. He is the author of To Relieve the Human Condition: Bioethics, Technology, and the Body, and The Analogy of Grace: Karl Barth's Moral Theology, along with many journal articles and book chapters on topics in theological ethics, bioethics, the ethics of biotechnology, comparative religious ethics, and philosophy of medicine. He is the co-editor of five books of original essays. He is currently writing a book on the normative status of human nature in debates over biomedical enhancement technologies.

Anna Thompson is executive director of the DeBartolo Performing Arts Center and the endowed Judd & Mary Lou Leighton Director of the Performing Arts.  She specializes in curation and development of performing arts programming and interdisciplinary visiting artist residence projects.  She has commissioned the first new works in music, dance and theater to bear the name of the university on national and international tours.